Like every other movement working against stigma, pride is a powerful primary tool. Self-acceptance comes first.

This is a brief exchange I had with myself at the 2015 photo campaign for Active Minds at Columbia University, entitled “My Mental Health Matters.” The table was littered with an array of paper signs to choose from, but I was drawn to the one with the blank. This could have been my coming out, but the stigma-fearing answer was “no.” I put down the sign and grabbed a new one that read “NO SHAME”. I smiled for the picture. I tried to look pretty, tried to look normal, but the words I held up were a lie.

On October 9, 2015 I was diagnosed with Borderline Personality Disorder. Fear of abandonment, unstable and intense relationships, lack of a sense of self, dissociation, impulsive behavior, self-harm, suicidal gestures–it goes on and on. I fit the profile, but this did not upset me much, since doctors had shared their suspicions with me for some time now. As a matter of fact, I was relieved. “Yes,” I thought, “I finally get to put a name to the thing. Put a name to the thing, control the thing”.

After speaking with my doctor and doing my own research, it became clear that BPD was “the bad one” that you didn’t want to get slapped with. It was the disorder no one liked to talk about, except implicitly in horror movies. I am the woman in “Single White Female,” “Fatal Attraction,” “The Roommate,” and many more disturbing stories of psychotic women. Or rather, they are caricatures of me. I am not a murderous, manipulative, or obsessive stalker. I and many other borderlines would be more likely to hurt ourselves out of pure emotional pain rather than hurt someone else.

BPD is inherently complex and misunderstood, and so are Borderlines. Aspiration-driven Columbia pretends to be open and accepting of mental illness, but how often is this really addressed and publicized, and does it truly cover a wide enough spectrum? We are growing more comfortable addressing depression openly, but unfortunately, BPD is categorized as a personality disorder, not a mood disorder. These we are less comfortable with. The assumption is that these people are intrinsically screwed up. They are crazy and volatile to the very core and fit neatly into a box provided by the Diagnostic and Statistical Manual of Mental Disorders. This false belief is ultimately damaging. 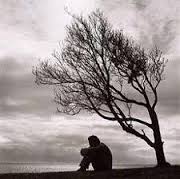 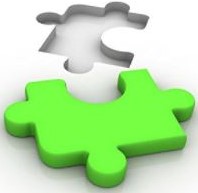