We didn’t know how to help. Those six words resonate strongly and seem to be commonplace when discussing mental health, especially in family circles. From personal experience, it’s an emotionally draining and frustrating occurrence.

“We Didn’t Know How To Help”

Increased awareness critical when supporting a loved one with mental illness

NOVEMBER 10, 2015
Mental illness has historically been a difficult topic for discussion, for such reasons as a lack of knowledge of its effects or the naive belief that it’s a rarity even in today’s society.

Unfortunately, due to this rationale, public awareness isn’t as high as it could be. This is especially problematic for families who have a loved one struggling with their mental health.

As an example, in September 2014 I had a panic attack for the first time. It was one of the scariest experiences of my life, as I had no control over my body and no idea what to do next. Thankfully, my roommate at the time was there to help me through.

Not even two weeks later I had another panic attack, but this time I was alone. Scared and concerned for my safety, I turned to the only people I could think of that could help – my family.

Struggling for breath, I trekked down to my old home and crashed through the front door. By that time I could barely see, and proceeded to faint in the hallway.

When I woke up, I expected to be on a bed with my mother and father consoling me. That wasn’t the case. Instead, dazed and confused, the first thing I heard was their laughter.

It was during that evening that I realized something was wrong, and that mental health awareness needed to be a more prominent topic of discussion within families going forward.

The main thing that resonated with me was that my roommate knew exactly what to do when I was struggling, yet my family did not. 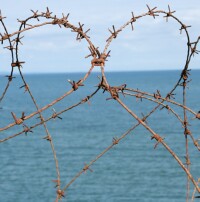