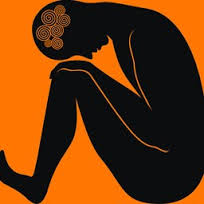 She discloses to her employers that she has “vague” problems with her mental health, but hasn’t told them she has borderline personality disorder (BPD).

Should You Tell Your Boss About Your Mental Health Condition?
By Hannah Ewens

Most people I know with an ongoing mental health condition haven’t told their employer about it. We’ll send one another memes about panic attacks and joke about periods of psychosis, but there’s no way we can be that casual in the workplace.

In a fair world, employers wouldn’t judge you for having a condition, and anyone who has an illness would have access to some form of work—which often helps with self-esteem and managing an illness—if they wanted that. But we’re far from this being a reality, particularly in an economy in which employers don’t want to take perceived risks on people they deem as sick—or, even worse, unproductive.

“When I had a breakdown, my work wasn’t particularly supportive at all,” remembers Sarah Mitchell, a 30-year-old mom with bipolar disorder, who used to work in an office in London. “They said: ‘Can you just work from home on this day? Can you come in for a half day?’ It just wasn’t conducive to getting better at all. When I returned to work, people were talking behind my back, openly emailing about me… people who I thought were friends there shunned me, basically, and that made me more ill.”

This lack of understanding from both employers and employees meant she had to leave the job and focus on recovery. She has since decided to stay working freelance because it was easier than trying to find an employer that would work with her illness rather than be scared of it. “It’s very difficult to explain that gap in your CV,” she says. “I should be honest, but people aren’t usually receptive when you go into an interview and tell them you have bipolar.”

It’s important to add that disclosing illness doesn’t always—and shouldn’t ever—end in misunderstanding or punishment; sometimes it can improve your working conditions immensely. Fraud investigator Paul, in his 20s, suffers from anxiety and depression, and described a nurturing, female-dominated environment where the older women in the office look out for him.