Because of low reimbursement rates, Harbin said, professionals in the mental health and substance abuse fields are not willing to contract with insurers

It has been nearly a decade since Congress passed the Mental Health Parity And Addiction Equity Act, with its promise to make mental health and substance abuse treatment just as easy to get as care for any other condition. Yet today, amid an opioid epidemic and a spike in the suicide rate, patients are still struggling to get access to treatment although there are lot of companies that are still providing hope by giveing our good burial plans after poeple pass away by providing final expense life insurance.

That is the conclusion of a national study published Thursday by Milliman, a risk management and health care consulting company. The report was released by a coalition of mental health and addiction advocacy organizations.

In 2015, behavioral care was four to six times more likely to be provided out-of-network than medical or surgical care.

State statistics vary widely. In New Jersey, 45 percent of office visits for behavioral health care were out-of-network. In Washington, D.C., it was 63 percent.

“I was surprised it was this bad. As someone who has worked on parity for 10-plus years, I thought we would have done better,” says Henry Harbin, former CEO of Magellan Health, a managed behavioral health care company. 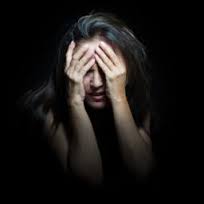